Being A Young Teacher of Indonesia Teachers Movement

For more than two years as being a young teacher of the Indonesia Teachers Movement I had many experiences at two elementary schools, in both Majene and West Tulang Bawang. I taught for 13 months as a teacher of Indonesian Language and English in class IV-VI of SDN 30 Inpres Ulidang, an elementary school in Majene, West Sulawesi and also for one year as a teacher of islamic education in Class II-VI in SD Terang Agung, West Tulang Bawang, Lampung.

Teaching for The First Year in Majene
In November 2012 with a big drive to get experience from a school, I went to Majene to teach more than 150 students. This would be my first time that I would teach students in an elementary school for more than one year and the first time to learn many things from students such as that every student was a great and a unique child and each student had their own style in learning.

I was assigned by the Indonesia Teachers Movement to teach in West Sulawesi with 7 young teachers from different backgrounds. We were in one of the 7 groups totaling  52 young teachers. There were 7 places (North Aceh, Bengkalis, West Tulang Bawang, Paser, Majene, Banggai, and South Halmahera) that young teachers could be sent to. Although in one regency there were more than one young teacher, those teachers would be in different villages and schools.

In general there were four assignments a young teacher in the Indonesia Teachers Movement could be assigned, intra-curricular, extra-curricular, societies learning, and working together with local education government. After teaching at the school, I taught students to read Holy Quran at Mosque, helped students to learn about Mathematics and how to write the7 stories. I also facilitated the parents to learn the Holy Quran and helped local government to make initiations in developing teachers’ skill and knowledge in teaching methods at schools.

West Tulang Bawang, The Second Teaching Place
Having finished as a young teacher for the second year in January 2015, I was very happy because after working very hard to teach more than 120 students at SD Terang Agung, an elementary school in West Tulang Bawang I completed my job successfully. In addition to being a teacher that taught students and teachers at school, I also learned very much from them.

Finally, I want to say thanks to God because I found inspirations and lessons from students and teachers both in Majene and West Tulang Bawang and I could get many experiences from them. As well as that, I want to say thanks for my parents that have always been giving me spirit for doing something, especially in my job. I have to promise that my life will be useful for Indonesia because all human beings in this country have the right to get a good education. What I have, what I make and what I learn must be beneficial. I aware that the best person is the person that can help the other people.
Label: Reflection; Indonesia Mengajar 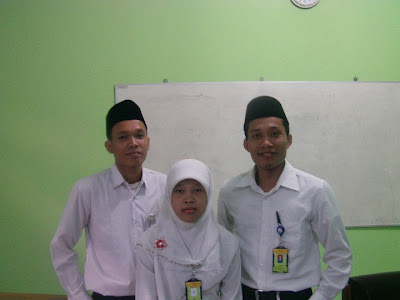